Our society has gone digital to the point where, without a smartphone or a computer, our ability to do anything is severely restricted. A person in a city studies, works, goes shopping and even finds romantic partners in front of a screen. Likewise, a farmer uses these devices to find better prices, make sales, monitor crops, and make all kinds of other arrangements that will increase productivity. For many, it is impossible to survive in this world without them.

Along the same lines, and especially nowadays with climate change affecting our lives, we as a society are also concerned about the environmental impacts of our own actions. We are concerned about our carbon footprint, the degradation of the wilderness, the extinction of species and the enormous amount of waste associated with our consumption. We are all aware of the need to move to a greener, low carbon economy. But, if we are to change our behaviors, we must first understand their impacts – both as a society and as individuals. Let’s take a look at an activity that takes up even more time in our life than sleep: Internet use.

The internet of all things

Most people don’t have a clue how this “ethereal” world of the Internet works. Where is stored all the information that we send or receive, or what is the real cost of keeping and sharing this “cloud” of data. All of this is physically stored in huge “data centers” somewhere in the world (from the arctic to deserts), and relies on a gigantic mega infrastructure of interconnects, all of which require an enormous amount of energy to operate. . It is estimated that the Internet accounts for more than 1% of global energy consumption, an amount greater than the total consumption of several countries combined. This number is expected to increase by orders of magnitude over the next decade.

As technology to reduce energy needs improves rapidly and an increasing share of that energy comes from renewables, Internet use still has a huge carbon footprint today. It is estimated that 80% of the energy it depends on comes from fossil fuels. Giant companies like Microsoft, Google, Facebook and Apple have all pledged to use 100% renewable energy sources and offset their emissions by the end of the decade. But it all depends on how it is counted and the source. Even renewable energies like the energy produced in hydropower plants have a large footprint (as in the tropical rainforest). And emissions compensation plans are often closer to buying guilt-free PR.

A recent article published in the journal Resources, conservation and recycling provides revealing but alarming figures. The authors estimate that the use, transmission and storage of a gigabyte (GB) of information represents between 28 and 54 grams of carbon emitted into the atmosphere. If we use the world median, 32 grams, that represents 97 million tonnes of carbon per year, more than that produced by Finland and Sweden together. The impact can not only be measured in terms of the carbon emitted, but also in the water needed to produce that energy from a hydroelectric power source. Again, using the world median, the amount of water required equals the amount of water it would take to fill one million Olympic swimming pools per year. Now, if we assess this further in terms of the space needed to house the hard drive equipment in “data centers”, with all our tik-toks, emails, Instagram photos, videos, files, documents, in short? , all on the web, this results in a space that is equivalent to the size of New York, Rio de Janeiro and Mexico put together.

The number of Internet users in the world is approximately 4.6 billion people, or more than half of the world population. China alone has over 850 million users. Cell phone users around the world (i.e. by phone) number up to 6 billion people and two-thirds of them are active on social media. Northern Europe has the highest percentage of people using the Internet (97%). But, in terms of real numbers, Asia ranks number one with over 2.5 billion users. Internet use is increasing at a rate of 7.6% per year, or 900,000 users per day. All of this use has to be fueled in one way or another, and in a world where over 84% of its energy comes from fossil fuels (oil, gas, and coal), that’s no small feat.

What can I do? Should I stop watching nature videos?

With just a few changes in our individual internet usage, we can reduce our impact significantly. For example, streaming high resolution (HD) video requires 7 GB per hour and is equivalent to releasing almost half a kilogram of carbon into the atmosphere. Using the service for 4 hours a day over the course of a month would equate to almost 50 kilograms released. Lowering the HD resolution to the standard would reduce those emissions to nearly 2.5 kilograms, a saving similar to the emissions generated by driving an internal combustion car from Baltimore to Philadelphia (150 km). R. Obringer et al state that … “if 70 million streaming subscribers lowered the video quality of their streaming services, there would be a monthly reduction of 3.5 million t CO2, the equivalent of eliminating 1.7 million tons of coal, or about 6% of total monthly coal consumption in the United States ”. Again, the real impact has to do with where you are and where that energy is coming from.

If we stop using video in our daily virtual conference calls (i.e. Zoom, for example), we can also have a huge impact. If one participates in 15 videoconferences of one hour each per week, the equivalent carbon footprint is equivalent to the emission of approximately 10 kilos of CO2. If you just turn off the video, that amount is lowered to 377 grams, a saving equal to what it takes to charge your cell phone for 3 years. And if 100,000 users do this, depending on the energy source in the country you are in, it could equal 10.7 million liters, the amount of water needed to produce over 53 tonnes of tomatoes.

You shouldn’t stop watching these cat and whale videos. They fill our hearts and motivate us to continue in this fight for a better world. But in the same way that we change our other daily behaviors, like rejecting single-use plastics, doing more recycling and composting, or using electric vehicles, we can also include these tips in our list of good environmental behaviors. The planet needs it. In the meantime, please share this article with everyone on your social networks… via the Internet.

A Spanish version of this piece was published by RPP. 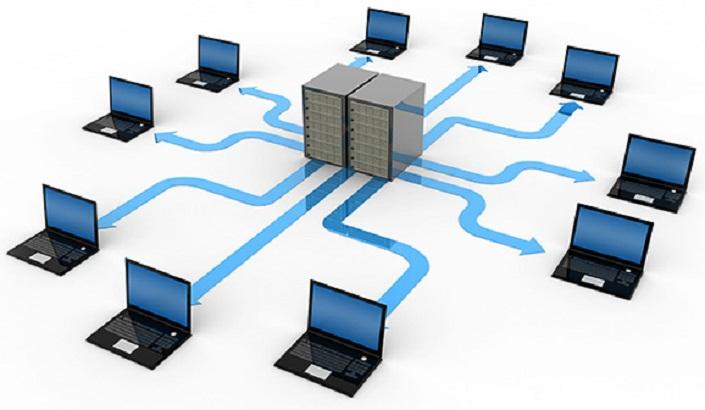